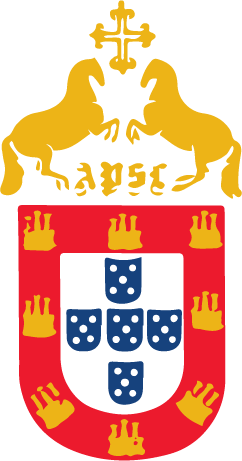 A Brief History of the Lusitano Horse

To understand the passion, devotion and concern of the Portuguese people for their Horse, the Puro Sangue Lusitano, or PSL Lusitano, one must understand how the history of the land, the people and the horse are intertwined.

Horses have been on the Iberian Peninsula for at least 25,000 years. Drawings of horses who look remarkably like the modern Lusitano are found on the Escoural Caves of Alentejo in Portugal and date back to 1700 BC.

Homo sapiens arrived in Portugal around 35,000 years ago and began riding at least 5,000 years ago; long before the famous horsemen of Greece such as Xenophone. This makes the Lusitano horse one of the oldest saddle horses in the world. This early partnership between the Lusitano human and horse is believed to be the inspiration for the Greek legend of Centaurs. There was also the legend that the mares from this area were sired by the wind. 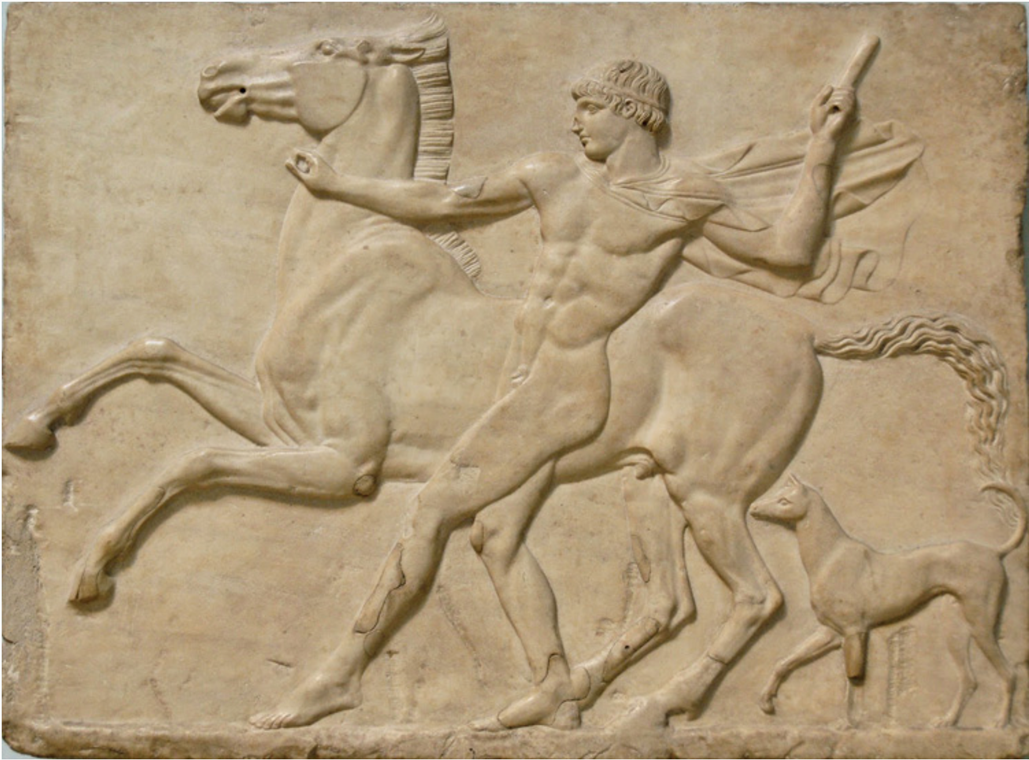 Portugal has an arid climate, dependent on the winter rains for water to grow crops and provide grazing for the animals. The Tejo (Tagus) River runs the length of the country. The flood plains of the Tejo provide excellent grazing most of the year. Millenia ago, the wild bull and the ancestor of the Lusitano horse lived in close association with each other along the Tejo. There were large predators in the area who would prey on horses, but they were not so keen to prey on the wild bull. The horses soon learned if they stayed close to the wild bulls, they had protection from the large predators. But if they got too close to the wild bull, they would be attacked by the bull. This dance between horse and bull developed a horse with a keen “cow” sense, intelligence, speed, attention and agility. This was the beginning of the story of the Lusitano horse and the fighting bull. As you will see in this article, the wild bull of Portugal has been instrumental in creating and preserving the Lusitano Horse. As a side note, all of the American Horse breeds descend from the Iberian Horse. The cow sense of the American Quarter horse could very well be inherited from the Iberian horse. 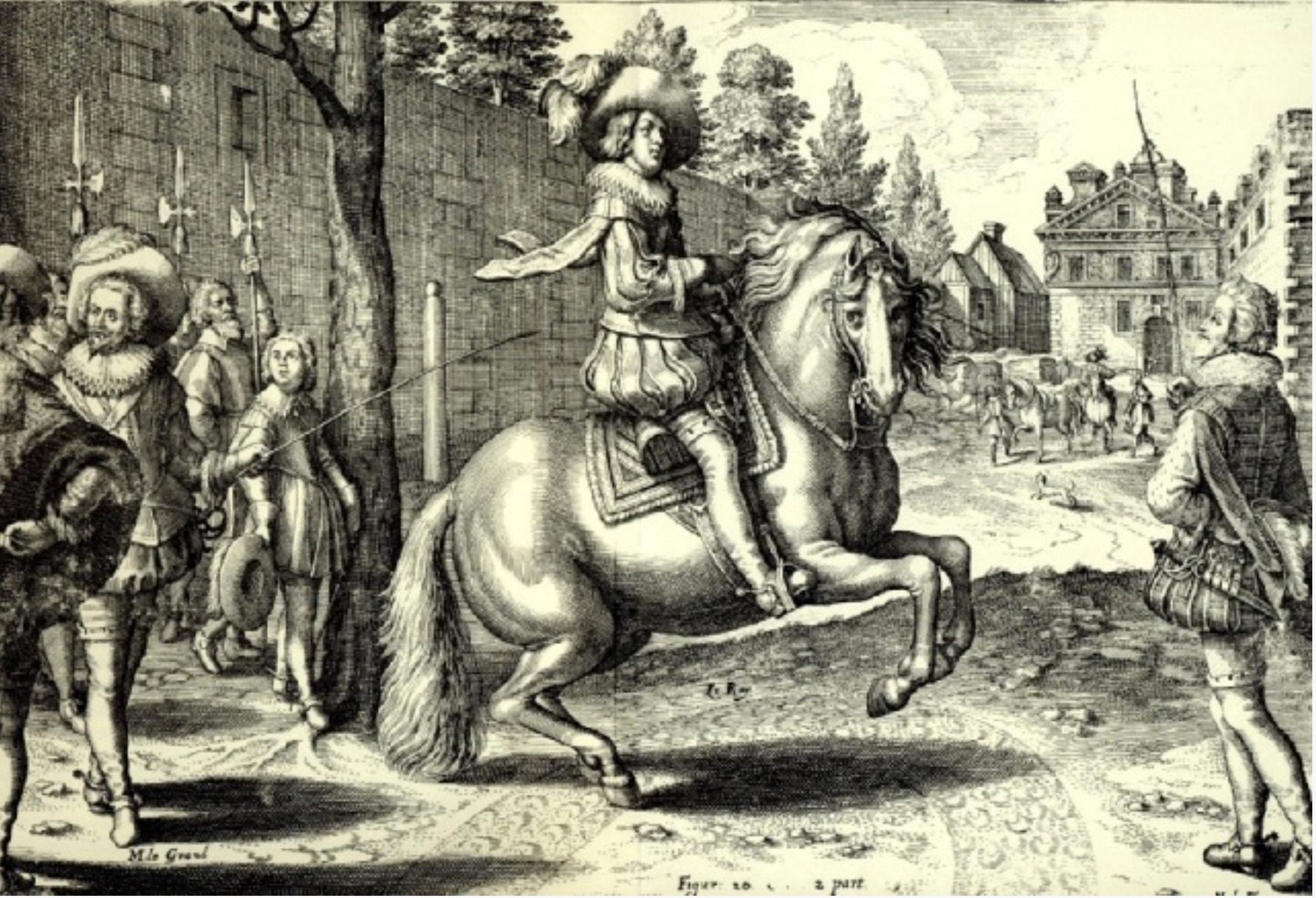 From the year 711 – 1294, large sections of Iberian Peninsula were controlled by the Moors who came from North Africa. They brought with them the Barb horse and crossed that horse with the native Lusitano horse. However, horses from Portugal had been sent over to North Africa for centuries before the Moors invaded Portugal. Thus, the introduction of the Barb bloodlines was actually a reintroduction of bloodlines originating from the Iberian Peninsula. It must be pointed out here that the Barb horse was distinctly different from the Arabian horse and very much resembled the Lusitano horse. Many confuse the Barbs and Arabians, and suggest the Iberian horses were crossed on Arab horses during this time; when in fact it was Barb horses which had previously been developed from Iberian horses. Of course, there were also Arabian horses which were crossed with the Iberian Horses. 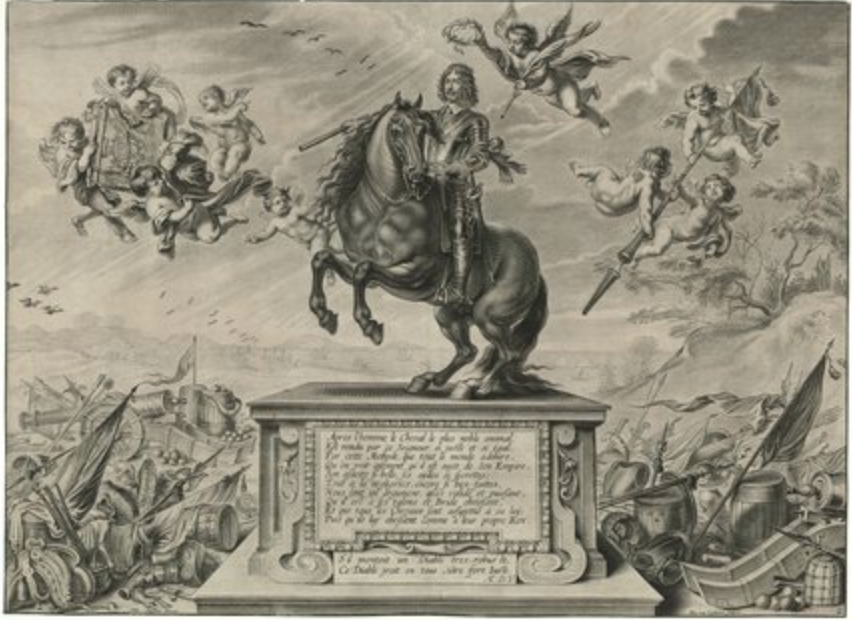 Portugal has always been a separate country from Spain

Portugal has always been a separate country from Spain; despite Spain making several attempts over the centuries to acquire Portugal. Only between 1580 and 1640 were Spain and Portugal under the same king. This is very important to the Portuguese people. The Portuguese people have their own language, their own traditions and customs, and their own horses. However, from Roman times, the entire Iberian Peninsula was known as Hispania. Until the creation of the Spanish Stud book, all of the horses on the Iberian Peninsula were known as Iberian, Hispanic or Andalusian horses. Dr. Ruy D’Andrade wrote the most important book on the history of the Iberian Horse which is titled, “Alrededor del Caballo Español” and within the book, frequently refers to the horses as Andaluz.

During the reign of Philip III of Portugal aka, Philip IV of Spain, the Spanish passed laws to halt Portugal’s production of cavalry horses (as a method of keeping the Portuguese under control), and the stud farms remaining in Portugal were run in secrecy with horses smuggled or stolen from Spain. In 1640 the Portuguese Restoration War was fought and won against Spain and a new dynasty was established in Portugal; under King John IV, Duke of Bragança. 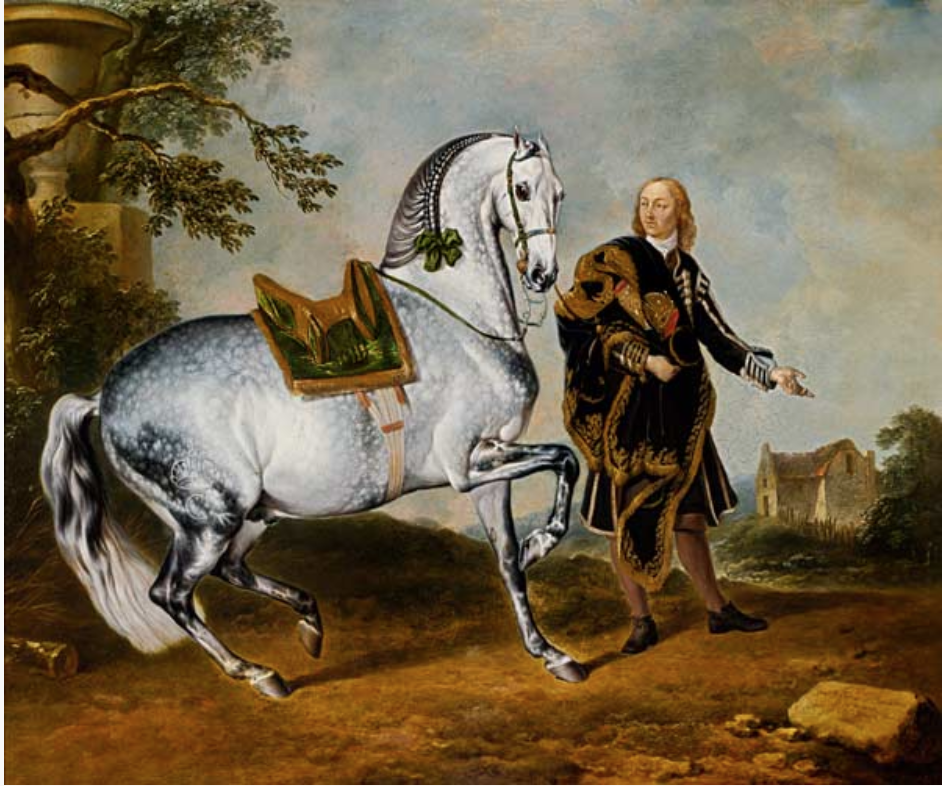 At the beginning of the 18th Century, King Felipe V of Spain forbade bullfighting from horseback. The Portuguese maintained their tradition of the mounted bullfight. Because of this, the selection criteria of horses in Spain began to diverge from Portugal. The Spanish were selecting horses for parades, fairs, light carriage, and presentations. Beauty became more important than functionality. These Spanish horses became more exuberant in trot work and less functional in canter. Spanish breeders were also selecting by color with gray and bay being the preferred colors. The Portuguese, meanwhile, were continuing to breed for a functional horse for field work, ranching and bullfighting with an emphasis on intelligence, flexibility, functionality of gaits; particularly a balanced canter, ability to change direction quickly, with a personality that is brave, kind, and gentle. These traits were quite literally a matter of life and death for horse and rider.

The Spanish breeding policy was “to achieve a complete transformation of our stock to arrive at the horse we know today as oriental, with a square profile, an animal which finds nothing to envy in the constitution and temperament in the stock of other countries as a saddle horse”. The goal of this transformation was to breed out the “Iberian Factor” and in 1926 the Spanish Studbook decreed any horse with a sub convex profile was from now on rejected from breeding. In 1946, Dr. Ruy D’Andrade warned breeders that unless they returned to the Iberian Prototype, and avoided the new oriental look, they were in danger of losing their breed altogether.

Two different breeding selections began to emerge: the Spanish Stud book was bringing their breed standard into line with other breeds; the breeders of fighting bulls and working horses were acutely aware of the significance of the Iberian Factor in their working and fighting horses and were breeding to maintain the Iberian Factor. In this way, the mounted bullfight saved the Iberian Factor and the classical Lusitano horse.

Up until this time, the word Spanish was used to describe horses from the Iberian Peninsula. It did not matter if the horse was bred in Portugal or Spain, the horse could be referred to as Iberian, Spanish or Andalusian. When the Spanish formalized the name, Pura Raza Española, the Portuguese did not want to breed “Spanish” horses. They began to refer to their horses as “Lusitano”. Why Lusitano? Lusitano comes from Lusitania, which was an ancient Iberian Roman province. Lusitania was located where the southern part of Portugal and a western portion of Extremadura and Salamanca in Spain currently lie. Lusitania was named after the Lusitani or Lusitanian people in that region.

After 1989 only foals whose parents were registered in the stud book and approved for breeding could be registered as PSL. All stallions and mares to be used for breeding must pass a thorough breeding inspection completed by an APSL judge evaluating the morphology and gaits in order for their offspring to be registered. The horses registered by APSL are officially known as Puro Sangue (Pure Blood) Lusitano, PSL or Lusitano. The Portuguese are very clear that their horse is a Lusitano, not an Andalusian or Spanish horse. A horse born to a parent or parents who are not registered or not approved for the Adult Studbook is referred to as Cruzado and not eligible for registration as Lusitano. A half Lusitano horse (one registered and approved parent) is also Cruzado. A horse with a Spanish parent and a Lusitano parent, is also Cruzado and has not been eligible for registration with APSL since 1989. Unless a horse is officially registered with APSL in the birth book, it cannot be referred to as a Lusitano.

In 1992, APSL began blood testing horses as a registration requirement to confirm parentage and in 1997, DNA testing was added.

In 1967 there were only 267 foundation sires and 529 foundation mares. Although the Lusitano horse has been present in Portugal for centuries, there had been a profound loss of stock from the mechanism of agriculture in the early 1900’s, political unrest, and cross breeding with other breeds. Six horses (5 stallions and 1 mare) are recognized as the foundation horses or “heads of lineage”.

They are from the four main stud farms:
The "Heads of Lineage" are: 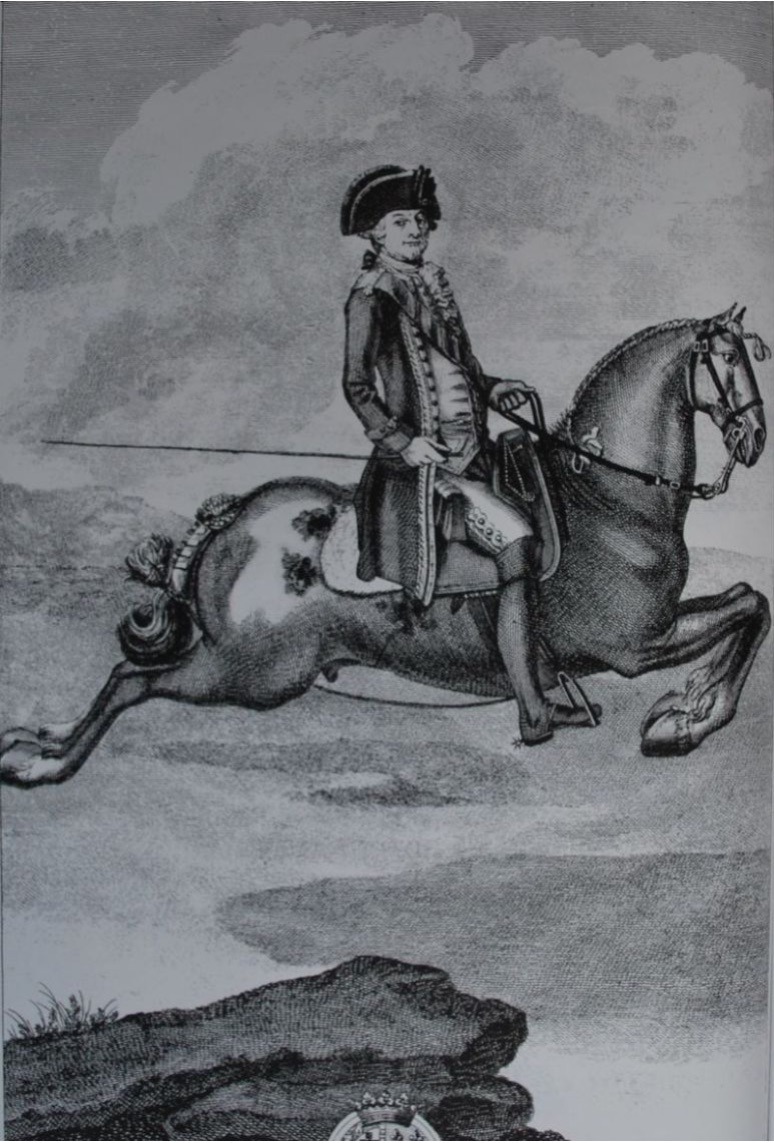 The Portuguese communist revolution of 1974 is often referred to as the Carnation Revolution or the Bloodless Revolution. People in Portugal were not killed but Portuguese citizens in Mozambique and Angola were slaughtered by Soviet backed communists. In Portugal, farms were seized from the landowners and the symbols of the noble classes – the Lusitano horse and the fighting bull - were killed in great numbers. Many of the best horses were sold to Spain as a way to get them to safety. Hundreds of horses were sold to Brazil, Mexico, and France as well. In 1976, democracy was restored to Portugal and the lands seized by the communists returned to their former owners.

During this time, in an amazing feat of defiance and bravery, several breeders in Portugal worked together to take mares to Ilha de Monte Farinha (an island located in the middle of the Teju river as it enters the Atlantic Ocean) to save the breed. These breeders included: Arsénio Raposo Cordeiro, Fernando d'Andrade, president of the stud book at that time, Fernando Palha, António José Teixeira, António Alcobia; Manuel Veiga; Coimbra; Telles de Carvalho. Those who love and admire Lusitano horses owe an incalculable debt of gratitude to these men. 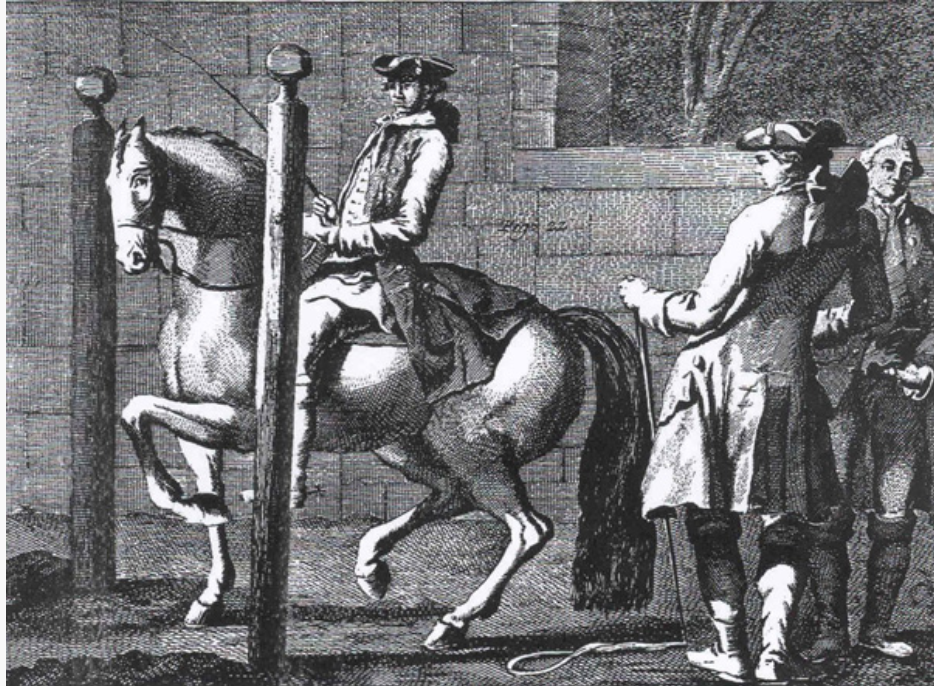